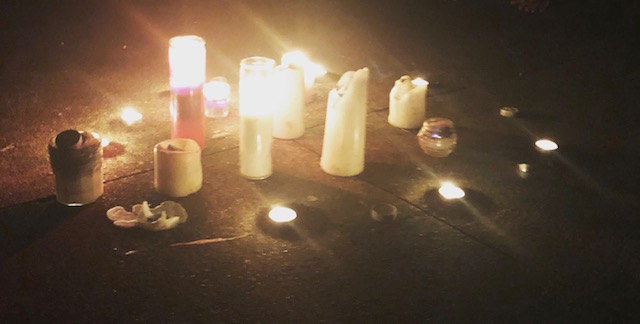 It’s been a few weeks since I last made a blog post. And I’ve only just started this blogging adventure. What a sloppy, slacker of a blogger I am.

And it occurred to me today why I think I’ve hesitated and procrastinated. It’s because I don’t have anything to write about. Or, more accurately, I don’t feel like I have anything good to write about. Good, uplifting, love- and light-filled as the title of my blog implies. I could probably do the “all the little details” part, though.

So the youth mission trip I so hopefully and idealistically mentioned in my last post? It left me feeling insufficient. Also unappreciated. Perhaps unwelcome, too. There were some good times during the mission trip, to be fair. But there was the overarching sentiment from many of the youth (especially the older ones), that they missed the way their previous youth leader had done things. No surprises here, really. This situation was to be expected. But the growing sense of discontent, resentment, and negativity from these youth that mission trip week became exhausting for me after a while. They didn’t like the type of service projects we were doing. They didn’t have enough breaks. Enough “incentives.” Enough “surprises.” Enough games. They didn’t like the simple sandwiches we had made for lunch at one of our work sites, so some of them ordered a pizza and had it delivered to them. Devotional times in the evening were too long. And a number of them ended up trivializing, even mocking my beloved project about Unlearn Fear and Hate in various ways. I could go on, but those are enough details. Basically, these youth were telling me how they did youth group, rather than being open to new things that I as their youth minister might be bringing to them. And it makes me tired. A little angry. But more than being angry—sad.

Lighten up! They’re just kids! It’s your job to set the tone! It’s good to get their feedback so you can learn from the church group you’re serving! Yep. Those things are true. And I believe that there are things that I could and should learn from my youth. And there were some beautiful moments during that mission trip. But I’m lying if I didn’t admit I was and am still disappointed.

And this feels so silly to admit, but I’m feeling a bit unattractive lately. Not that being “pretty” should be a top priority for me or anyone. Especially in this age of body positivity and accepting and celebrating oneself for who one is. But every three or four weeks or so, these gray hairs—no, to be more accurate, these course, bristly white hairs—start to emerge from my scalp. Pushing away the dark brown hair that has made me “me” for a long time. And I keep getting my roots touched up to keep up appearances, and it’s getting to be that time again and I just haven’t yet. I’m not quite yet at the big 4-0 where one might accept the fact that one’s gray hairs could actually be a reality, but I am very far away from the 2-0 and quite far away from even the 3-0. And I want to, need to accept that. I feel very pivotal and at the point of breaking—but not like breaking down, more like breaking through . . . and growing.  Hey, I think I saw a little light and love peeking through.

And I’ve been feeling unqualified at times, lately. Unqualified in the sense that I’m not sure if my voice is strong enough. Or that I’m informed enough to speak with credibility to a wider audience. Or that I might be saying something that’s already been said. Thus making my words worn and tired and low-impact. Because, you see, I’ve been wanting to address the atrocity taking place at the southern border of the U.S. That, in fact, is much much more important than whiny teenagers in a church youth group or my ridiculous gray hairs. Because what is happening at our border—the separation of families and the appalling treatment of children—is wrong. Wrong. Immoral. Inhumane. Sinful, if we want to use religious language. And I want to do something about it. And I recognize my privilege, and it makes me extremely uncomfortable.  I see friends sharing pictures and stories on social media of their church groups doing simple yet bold things to help the ones suffering at the border. And I feel inspired and want to create similar mission initiatives, but then I find myself stopping the forward motion . . . realizing that some people I know may criticize me for being “too political” in my ministry. I feel like I’m currently in a particular culture where we avoid being “political,” and we’re advised to all “just get along.” Which really means we do nothing. Which means we avoid the important conversations that need to take place. Which means we eventually let fear and hate win. When, in reality, it’s not about politics at all. It’s really about basic human rights and dignity—for all humans, no matter where they’re from. Which should be at the forefront of all of our minds, regardless of our affiliations. This crisis should matter to anyone with a beating heart.

So I’ve reached out to a friend and fellow pastor to find out how my church might collaborate with his church on doing something for those suffering at the border. Because I refuse to be unresponsive and uncaring, no matter what other things I’ve been feeling lately.

And, being willing to write about something “unpleasant,” I’ve just now started to feel a bit less uninspired. Perhaps the “love and light” this time is in the honesty. And I’m realizing that Love and Light are less about how I’m feeling or what I bring to the situation and more about something—Someone—bigger than myself.

Reflections on the big things and the small things of life, through the lens of Love and Light. With eyes and heart open to all the little details.